Do you struggle with a lack of energy or a "low" mood in the winter months? Consider adding negative ions to your environment, as a natural way of lifting your mood, and improving your health. Read more to learn why negative ions are important, and what you can do to get more into the air around you.

Why Are Negative Ions Important?

Negative ions are molecules in the air around you that have lost an electrical charge. They can't be seen or tasted, and they are found in tens of thousands in the air around oceans, mountains, waterfalls, and right after storms.

Science hasn't figured out exactly how it happens, but the presence of negative ions in the air has been shown to increase the level of serotonin - a chemical that controls mood - in your brain.

Why Are Positive Ions A Problem?

Positive ionization in the air can cause headaches, nausea, difficulties concentrating, and insomnia. Some people attribute increased joint pain, fatigue, depression, and a lack of productivity during the work day to negative ions in the air.

Unlike the negative ion rich air around a waterfall, your home and office probably have less than a couple hundred negative ions in it, but is flooded with positive ions instead.

Many of the things that provide the conveniences (and necessities) of modern life actually produce harmful positive ions.

Positive ions are produced by:

In the winter months, cold weather makes it hard to clear out the positive ions that accumulate in the air around you, because you can't leave your windows open. Plus, people tend to spend more time indoors in the winter, and are more heavily exposed to all of the electrical things that produce positive ions. These factors can add up to an overload of positive ions with few (if any) negative ions to help combat them.

How Can You Reduce The Positive Ions And Increase Negative Ions In Your Air?

Ideally, all you would have to do is open the window, and nature would do the rest of the work for you. Unless your office window is right by the ocean, you probably can't do that, however.

Air ionizers, which are machines that electrically charge the air molecules, are often used in homes and offices to increase the amount of negative ions in the environment. Ionizers are sold as tabletop or standalone units. While they are effective, they're also expensive and unattractive.

Many people buy Himalayan salt lamps because they are both an affordable and attractive alternative. In addition, salt lamps utilize a natural process to create the negative ions, which many people prefer over the artificial method of electric ionizers.

How Do Salt Lamps Work?

Salt lamps draw moisture out of the air, which then evaporates from the warmth of the candle or bulb (depending on the type of lamp it is), releasing negative ions into the air around you. Many people also find the warm, pink glow of the salts to be calming and peaceful.

If you're feeling sluggish and tired this winter, consider buying a Himalayan salt lamp or two to your environment - it can lift your spirits and provide a bit of natural beauty all at the same time. 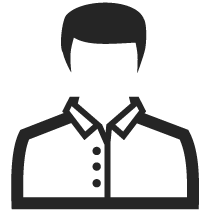 Hello, I am Webster. Welcome. I am excited to talk to you about finding great shopping deals. When I committed to never buying anything at retail price, I had to quickly learn how to find the best deals. I searched high and low for sales to keep to my new commitment. I also learned how to cut coupons and haggle for deals. My site will explore all of the ways you can keep your shopping costs to a minimum. I encourage you to use the information on my site to pick up the items you need without spending too much.